Luke collaborates with a variety of creatives across the globe who continue to work on inspiring projects of their own invention. Among them:

Chris is a Director, animator and musician he also plays Mr. Metal on Let’s Get Inventin’ and animated the season 7 opening sequence.  Amongst other feats, Chris directed feature film The Devil Dared Me To.

Drew animated many of the key scenes in the original Life on Ben short film. He has gone on to become a brilliant live action director based in New York and working across the globe, check out his work here.

Ant Elworthy animated scenes in both the original and the final TV series Life on Ben that screened on TV2. Ant was also instrumental in the design and development of the Buzzy Bee & Friends property and has gone on to a global career in animation.

Mark is a multi talented animator and director and has produced the animated sequences in Let’s Get Inventin’ since for the last four seasons.

Blair Muschamp and Harry Harrison have been building inventions for Let’s Get Inventin’ since series three.

Genius problem solvers, they can build whatever challenge you can throw at them.

Anton Blejevans specialises in patent and related intellectual property law, in particular for mechanical and manufacturing patents. Anton is also a copyright and designs specialist. He also has appeared on every single series of Let's Get Inventin' since it's conception in 2004.

Anton has experience in conducting intellectual property audits and due diligence for several large New Zealand companies in the fields of maritime technology, aviation and packaging. He is also involved in establishing and maintaining policies and procedures at several organisations to help them foster a culture to extract high value from their intellectual property.

Schoolgen have been a generous partner of Let's Get Inventin' sponsoring the Energy Quest competition and the build of the winning Heat-O-Pram invention. 12-year-old Jurgens Denysschen of Auckland was the brains behind a pram that generates its own electricity as its wheels turn to heat a cup of coffee or a baby's bottle of milk. 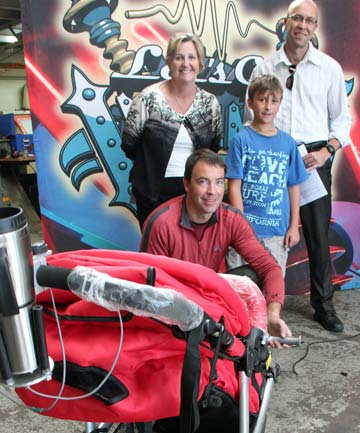 Nerf partnered with Let's Get Inventin' for many years now and for season 6 and 7 even helped create two Nerf inventions, one of which, the Nerf Dart Sucker received a patent. Watch Joel Mercer in the news here. 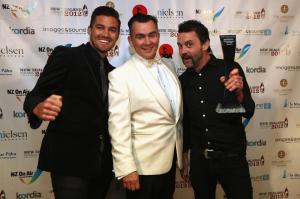