The Great Story Machine (in cardboard)

Before we committed money and design to the Little Legends story builder app I just wanted to try out the technology, get it in front of kids and see if it would work. Though the inventing theme I was convinced that if we give kids a tight brief like “Hey, invent a dog powered milk-shake machine or invent a rat powered bike” kids would run with it and draw up the maddest contraptions.

The result of which would end up driving 10 years of a TV show. This was similar but for inventing story. Often if you say to kids “tell me a story” they are put on the spot and often all you get is tumble weed and crickets back, especially if there is a camera running at the time. HOWEVER ask kids to make up a story on the spot of “Harry the Adventurous Mini Fridge” or “Morris the Artistic Mosquito” then they are off. The mini fridge is off climbing Mt. Everest to get back with his freezing roots. Or the artistic mosquito is sucking ink into his blood nozzle and tattooing everyone.

So back the cardboard machine here.

How could we test the core of the Little Legends idea and only spend $ 54.20?

The answer was in cardboard and toy car motors.

Here we have two character generation wheels. On one side is the trait and the other the character. Press the story fairy, wish hard for a story and the wheels spin. Let go and you get the idea - the Neville the Ninja Sausage Harry the Robot Dancing Germ
. Think about these characters and what their back-story might be and they nearly write themselves. Still stuck? Spin the barrels on top of the Great Story Machine and get some situations to throw your characters into. “Was living happily until one day realized that he had been brought up by a family of snails” if that were not enough “The same day kept repeating”. Don't like those ones? Just spin the barrels again. “Could only activate his super powers by acting like a dog” things were going surprisingly well until “The world turned into an ice rink and he had no skates!” 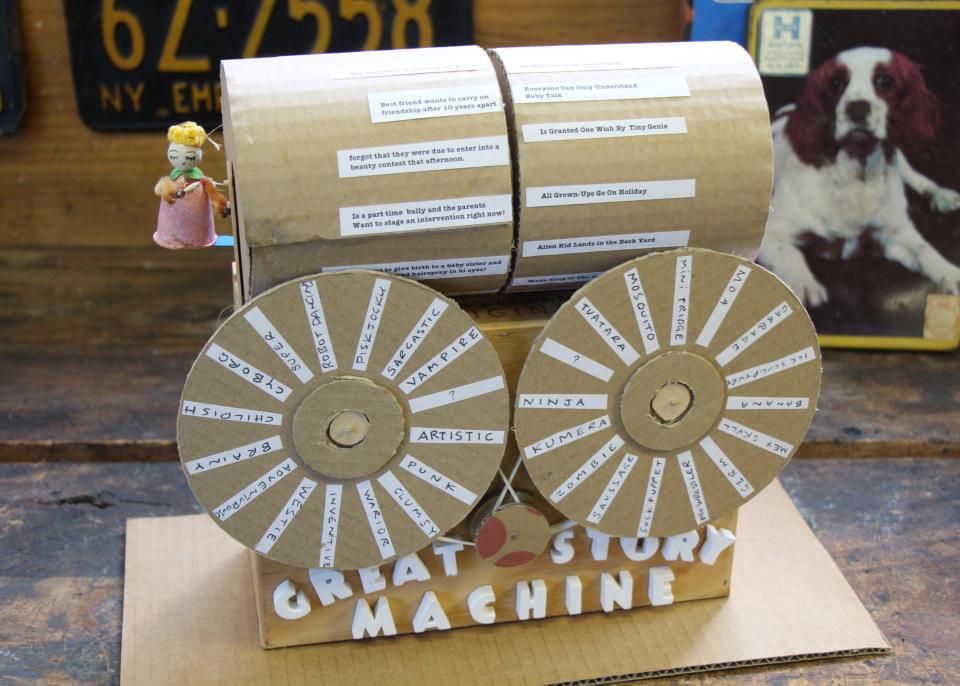 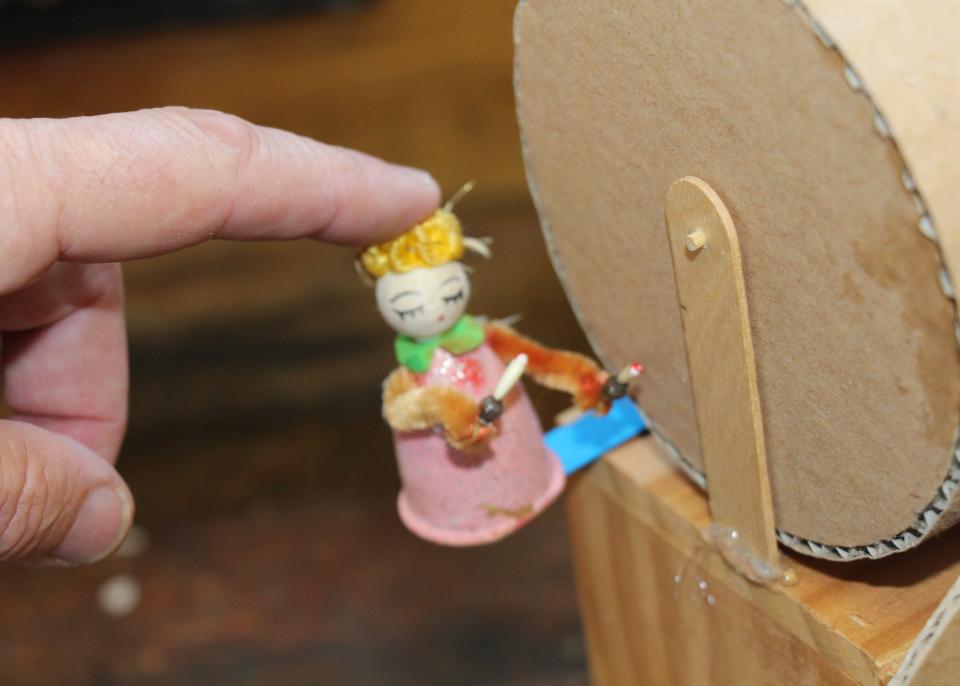 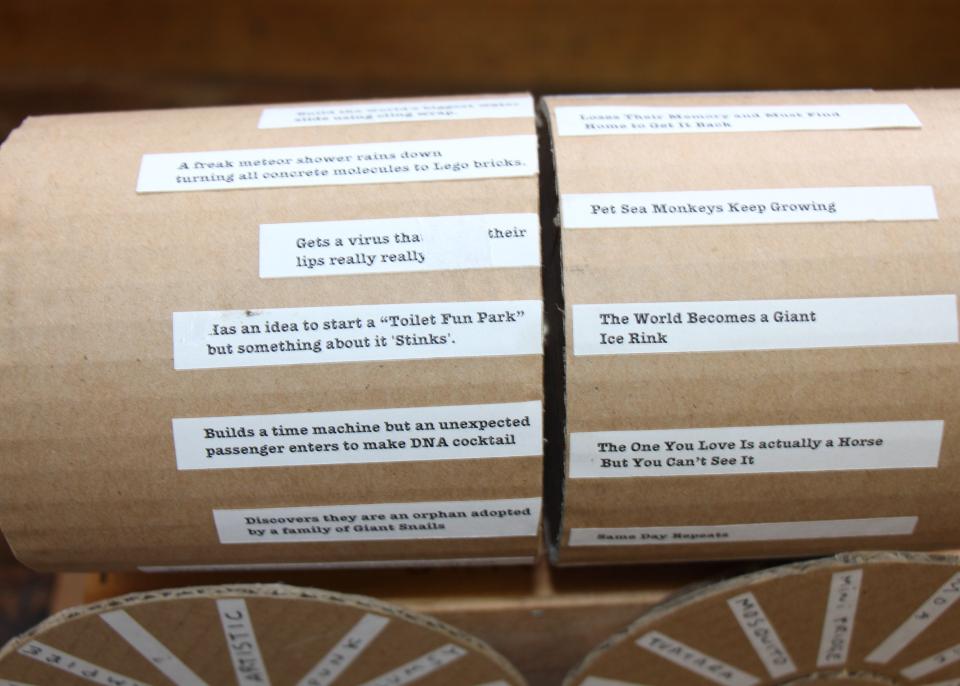 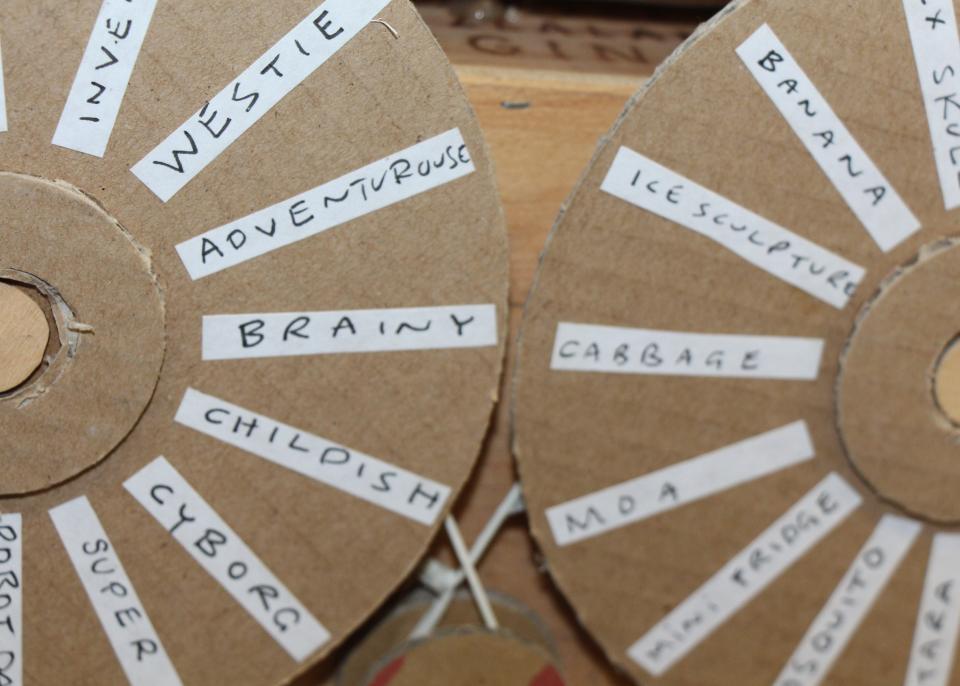 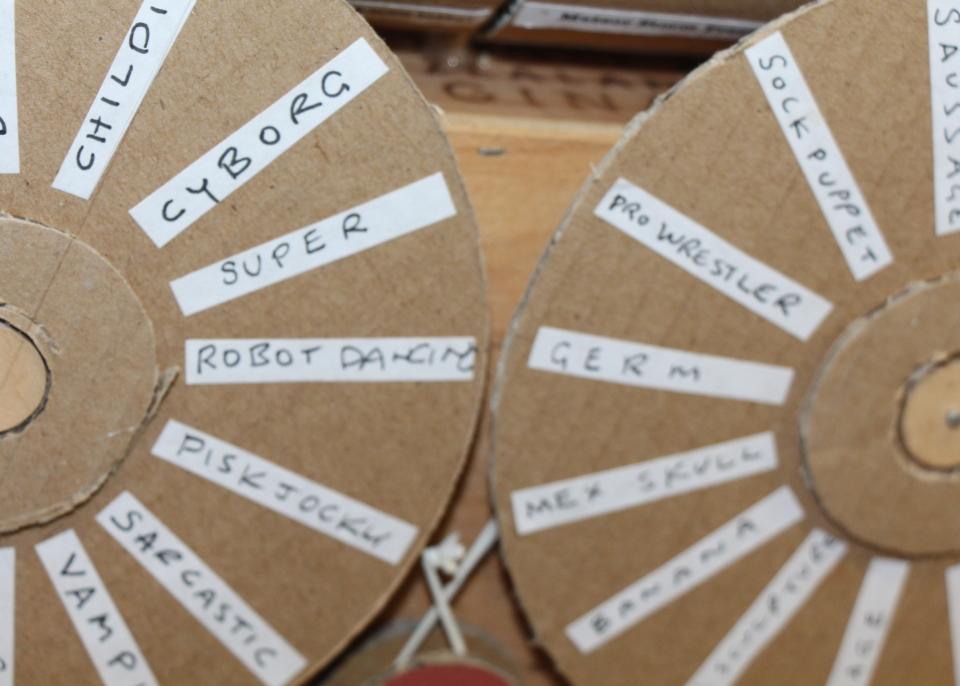